Networking tables are great ways to engage your attendees in your virtual Conference. You may create as many tables as you want. These tables exist for the duration of the event and can be used in creative ways that are light, fun, and easy. All attendees join with present mode, meaning they get audio, video, and screen sharing access.

You can edit your Networking settings by editing the conference agenda.

The order of your Networking tables can be customized.

- Simply drag and drop the handle on the left.

- Ensure to save once completed re-ordering the Networking Tables 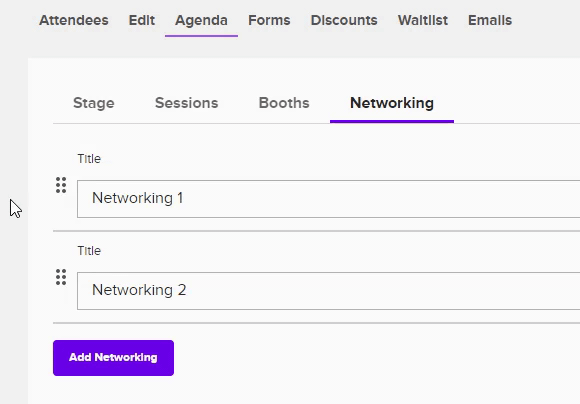