Hosts have the ability to create breakout rooms from the Rooms tab in the right sidebar. You can do this as soon as you have 2 or more non host attendees.

e.g. if your event has 54 attendees and you select 9 attendees per room, Bevy Virtual  will automatically create 6 rooms. We also ensure that there’s never a single attendee left alone so that may mean a room would have a 10th attendee rather than there being a single room with 1 attendee. 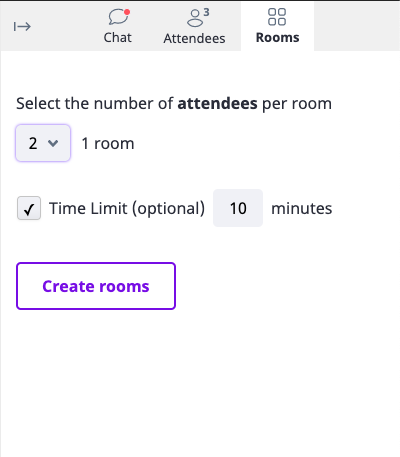 All attendees will see a dialog box informing them that they will be moved into a breakout room in 10 seconds.

Joining Breakout Rooms as a Host

After creating the Breakout Rooms, Hosts will see a list of all the rooms that were created and the attendees in each room. By clicking the arrow besides the Room, Hosts get the option to Join the room or Close the room. 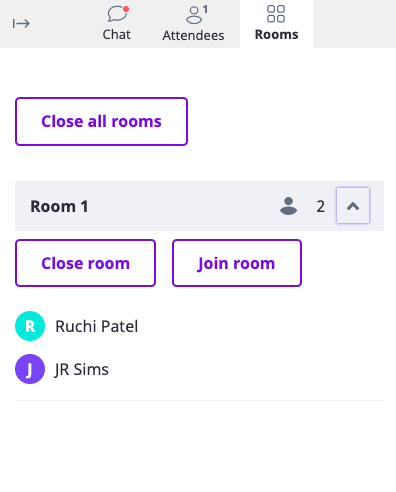 Hosts can close a breakout room at any time, even before the time limit expires if one was set.

If the time limit is about to be reached, attendees will see a modal informing them that the room will be closed in 3 minutes.

Once the Breakout Room is closed, all attendees that were in that room will return to the main session.